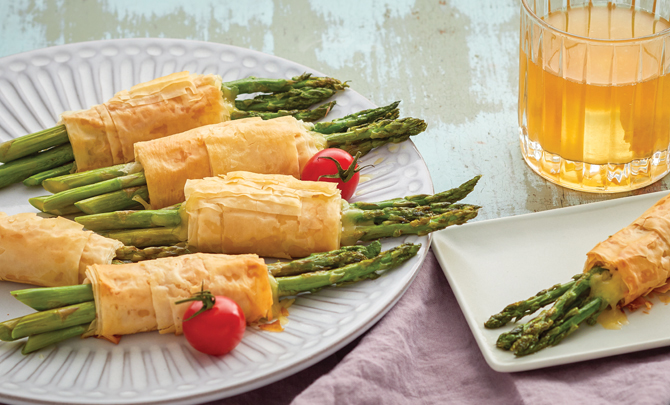 Both beautiful and delicious! This veggie dish is a crowd favorite for all ages!

Melt butter in a microwave-safe bowl. Drizzle asparagus with 1 tablespoon butter in a shallow, large bowl. Season with salt and pepper; toss to coat.

Place 1 tablespoon muenster near a short end of each phyllo strip; top muenster with 4 asparagus spears. Starting at the muenster end, fold strip over asparagus and roll up bundle. Brush the remaining end with butter; roll up to seal. Place on prepared pan seam side down. Repeat with the remaining phyllo sheets, muenster, and asparagus.

Brush bundle tops with butter. Bake for 15-17 minutes or until phyllo strips are golden brown and asparagus is tender.

When working with phyllo dough, keeping the remaining sheets covered with plastic wrap and a damp towel prevents them from drying out. 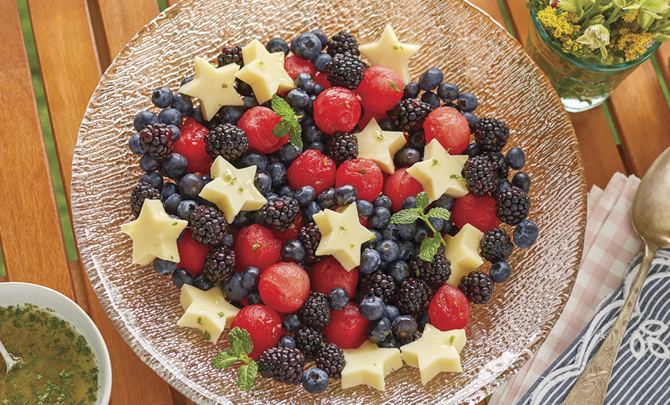 Wood River Creamery Original takes fruit salads to the next level, especially with this honey-lime dressing! 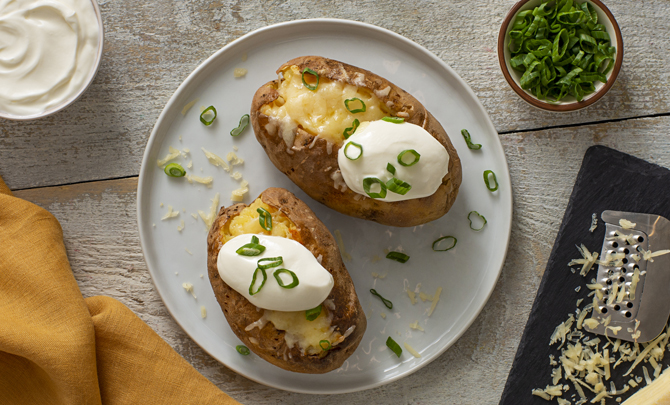 This recipe makes the tastiest loaf of Sun-Dried Tomato & Cheddar Sourdough with pockets of cheese and pops of sweet-tart tomatoes in each bite.
Artisan Cheeses Delivered to Your Doorstep