The History of Cady Cheese

From "Cheese: The Making of a Wisconsin Tradition," by Jerry Apps. 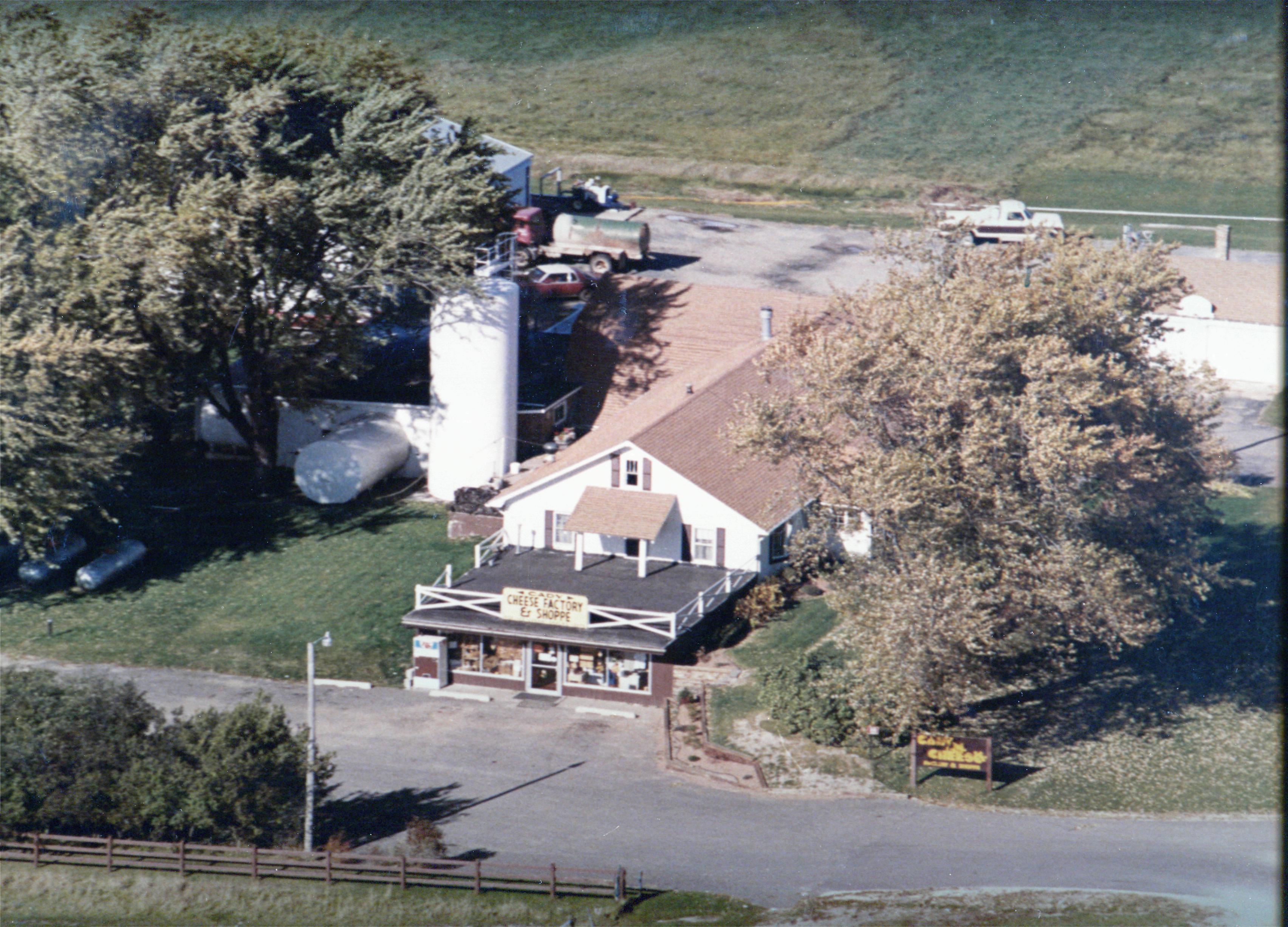 The Cady Cheese Factory is an example of a factory that started small, suffered adversity but always came back to making cheese, which it does today.

Cady Township, in which the Cady Cheese Factory is located, had a scant 158 acres of wheat, 99 acres of oats and 51 acres of corn in 1876. The population was 329 and there was no dairy plant of any kind. Lumber milling was the prominent form of enterprise.

After the lumbermen removed the timber, a vast acreage of land became available for other uses. In the early 1900's, farmers (most of them German) bought land in the area. By 1908, Fred Bohren, a Swiss immigrant, was hired as a cheese maker. He began making German Brick Cheese. In those early days, the farmers hauled their own milk to the cheese factory and they took turns hauling the finished cheese to Menomonie or Spring Valley for shipping. Sometime later, the cooperative sold the factory to the cheese maker.

In late 1917 or 1918, the cheese factory burned but was immediately rebuilt. A series of owners followed Bohren, and they operated the plant until 1928. Benjamin Radel operated the plant in 1930. Arnold Imobersteg took over in 1932. Imobersteg made one hundred and eighty-pound wheels of Swiss cheese. Elmer Gesche, a nearby farmer, hauled cheese with his horses, and also hauled wood to the cheese factory in the winter. Imobersteg always had a jug of wine sitting on the boiler during cold winter days. This was for visitors who needed to warm up.

In the 1940's, John Erb, his wife Frieda, and their two children ran the factory. They made large quantities of German Brick and Swiss cheese. Both Erb and his wife were born in Switzerland. Herman Gruessi and Don Larrieu worked as hired hands in the plant. One notable event was the day when Larrieu was stirring the milk with a long handled fork and one of the workers dropped his false teeth into the vat. It took some time to find them and retrieve them. If they had not found them, the cheese produced that day would have likely provided a new meaning for the phrase "cheese with a bite".

Erb's nephew, Earnest, ran the factory for a year or two. Marvin and Hazel Seeman purchased the cheese factory in April 1955. In 1963, Norman and Delores Marcott bought the plant. In 1968, the first bulk truck began delivering milk to the plant. The Marcotts built a retail store on the south end of the factory and expanded the living quarters above the factory. In 1978, their son, Dale and his wife, Wendy, took over the operation and discontinued accepting milk delivered in cans.

By 1990, the factory was producing about four semi-loads of cheese a week and employed between fifty and sixty full and part-time workers. On the night of March 30, 1991, fire destroyed everything but the retail store, the living quarters, and the milk intake room. The 120 farmer patrons could still ship their milk to the plant, where it was stored in silos and then shipped out in tankers at night. A new, larger, and more modern factory opened in September 1991. Computers operate much of the new equipment. By the mid 90's, the plant was processing 400,000 pounds of milk a day, five days a week.

The Cady Cheese Factory is known for its Colby longhorn cheese. It also produces Cheddar longhorn, Monterey Jack, and a combination of Colby and Monterey Jack called Gold'n Jack. The newest addition to the product line is the mini-deli longhorn, which is four inches in diameter - the right size for a burger or a sandwich. Cady also makes a large variety of flavored cheeses such as Hot Pepper Jack, Salsa Cheddar, Garlic Jack, Roasted Garlic Jack, Bacon and Onion Colby, Jack and Dill, plus many more

Artisan Cheeses Delivered to Your Doorstep